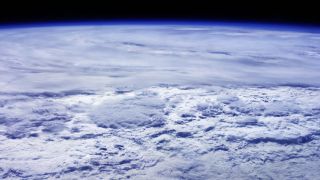 Have you ever wanted to experience the vastness and wonder of space for yourself? NASA is about to take you one step closer with 4K UHD videos at a silky framerate of 60fps on its ReelNASA YouTube channel.

In a tantalizingly beautiful 20-second teaser, we get to catch a brief glimpse into the horizon, a look into the future of modern video content and space exploration. The short flashes and images in ReelNASA's UHD debut video show just how far technology has come since we huddled around the television to watch the grainy footage of Neil Armstrong's first step on the moon.

ReelNASA is no stranger to breathtaking videos uploaded from the International Space Station. One of the channel's biggest upload, "Astronaut's Eye-View of NASA's Orion Spacecraft Re-Entry," is an exhilarating peek into the helmet of a space explorer.

With an endless pool of video inspiration and a limitless amount of wonders unseen, ReelNASA's uploads makes perfect sense. Even though most common devices aren't equipped to support UHD content at 60fps with ease just yet, NASA is looking to the future. And thanks to this innovation, the people of planet Earth will get to witness the exploration of space like never before.