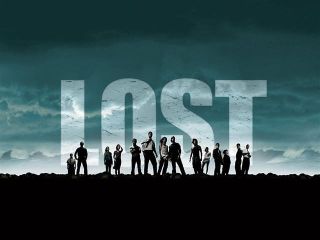 Lost: returning to viewers of Virgin

The return of Sky One and the other basic channels to Virgin Media's platform will return a whole host of top shows to the cable audience.

Virgin viewers will now get access back to some of the biggest US imports, and a couple of the most respected football shows on television.

Not only one of the greatest cartoons ever to grace the small screen (and silver screen for that matter) but one of the most brilliant modern social satires on television. The return of Homer and his family on a daily basis will be a huge fillip to cable viewers who have been restricted to occasional outings on other channels.

Everyone knows that Jeff Stelling is a broadcasting god and this is the programme that shows why. As the scores pile in, Jeff hold things together with his encyclopaedic knowledge, genuine enthusiasm and the help of a veritable gaggle of footballing pundits.

Whisper it, but there are some in the TechRadar office who think that Futurama is better than The Simpsons. Focusing on Philip Fry who wakes up in New New York after being cryogenically frozen for a thousand years. As Dr Zodberg would say: "Woop woop woop woop!"

This highly-rated new arrival from over the pond is already a few episodes in, but we're waiting for an answer from Sky as to whether they will do a catch-up weekend for the new Virgin media viewers. It's The X-Files for the 21st century.

If you're a Virgin viewer and a Lost fan then you've probably been forking out a fortune on boxsets. But no more – because now you can catch all the confusion and flashbacks on your screen.

We all wish we were Jack Bauer. The effortless masculinity, the ability to withstand torture, the ability to go without food or toilet breaks for 24-hour periods. And now the iron man, played by Kiefer Sutherland, is back on cable.

We could technically have split this into two series, with Atlantis doing as well as SG1 these days, but either way it's a fast paced sci-fi romp that easily transcends the movie.

Another of the major US series that Sky One viewers have been glued to. Prison Break is good enough that we considered tattooing the synopsis on our wiry frames.

The series that proved that sci-fi and drama are not mutually exclusive. Quite simply one of the best series on television in the last decade. Not bad for a re-imagining of the camp original series.

We went in to this expecting to see just how hard Ross Kemp actually was when the actor was confronted by killers and maniacs, but to our surprise this is a much more intelligent and though provoking documentary than you would immediately think. And Ross actually is quite hard. Who'd have guessed?

Okay so it's not as funny since Tim Lovejoy took his brand of snarky humour and cronies with him, but it's still the best alternative to the kid's shows on a Saturday morning and the best way to ease yourself into the footy for the day.