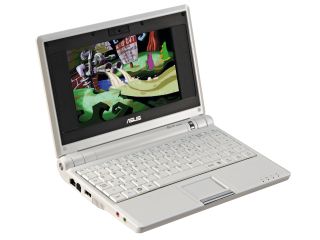 Netbooks may have been one of the hottest tech trends of 2008 but they won't replace laptops, according to a new survey by ABI Research.

In November, the market research company asked 1000 Americans about netbooks and mobile internet devices - and found that only 11 per cent of people would use a netbook as their main computer.

That's not such bad news for netbooks as you might think, as a full 79 per cent of people view netbooks as secondary devices to be used in addition to their normal laptop or desktop.

According to principal analyst Philip Solis, "While their low price does cause some consumers to view netbooks as a replacement for a laptop given the current economic conditions, the majority view a netbook as being a secondary device."

This is backed up by data from Biz360, a company that aggregates surveys and opinions, and which found recently that netbook computers score 40 per cent less than laptops in terms of customers satisfaction, particularly when it comes to performance.

While Apple has (unconvincingly) denied plans to move into netbooks, AT&T is reported in Fortune magazine to be keen to expand its relationship with the tech-hipsters beyond just lucrative iPhone contracts.