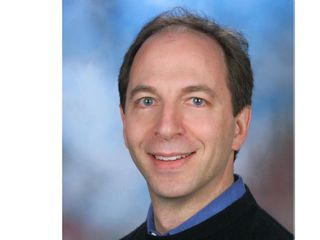 Google's track record of protecting copyrights in other parts of its business is weak at best, says Rubin

Microsoft Associate General Counsel Thomas Rubin argues that Google's move into ventures such as Google Books has compromised copyright. The claim was made in a pre-prepared speech to be made today at the Association of American Publishers ( AAP ) Annual Meeting in New York.

"Companies that create no content of their own, and make money solely on the backs of other people's content, are raking in billions through advertising revenue and IPOs," claims Rubin.

"In essence, Google is saying to you and to other copyright owners: 'Trust us - you're protected. We'll keep the digital copies secure, we'll only show snippets, we won't harm you, we'll promote you.'

"But Google's track record of protecting copyrights in other parts of its business is weak at best," claims Rubin.

He also hits out at YouTube: "Anyone who visits YouTube , which Google purchased last year, will immediately recognise that it follows a similar cavalier approach to copyright."

Rubin talks up Microsoft's position about the digitising of content, referring to the Turning the Pages 2.0 project in association with the British Library, as well as the Windows Live Search Books initiative.

"What I find exciting about all of these initiatives is that they use great advances in technology to dramatically expand access to works, yet in a way that respects copyright," says Rubin.

"We believe this is the right path and is one that adheres to the three principles I already mentioned. We also think this distinguishes our approach from one that all of you are familiar with: the Google Book Search project.

"What we really have here are two fundamentally different paths. Google takes the position that everything may be freely copied unless the copyright owner notifies Google and tells it to stop.

"Microsoft and most other companies, by contrast, take the position that they should get the copyright owner's consent before they copy. The Copyright Act, in our view, supports this approach. It's hard to see any justification for exempting Google from its requirements."

Rubin's remarks will doubtless be well received at the meeting; American publishers have been very critical of Google, and there is still a live court case against Google from the top five US publishers.