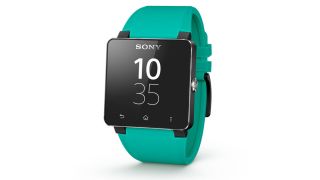 Will 2014 prove to be the year smartwatches get smarter?

Sony's first two SmartWatch devices were certainly noble efforts, but the Japanese giant, like most other contenders, would probably be the first to admit it hasn't quite nailed down the formula yet.

Following the launch of the SmartWatch 2 earlier this year, it appears Sony already has the third device in the series lined up, judging by documents posted by the US Federal Communications Commission (FCC).

The accoutrement, described in the documents as a "BT Wrist Notifier" and bearing the model name SWR10, which follows on from the SW2 calling card for the current iteration.

However, the FCC documents don't reveal much. They simply outline a device with Bluetooth and NFC connectivity.

Set your watch for CES?

Could the use of term 'wrist notifier' as opposed to smartwatch suggest a slight change in tact from Sony as it looks to nail down the wearable market at the third time of asking?

Considering the device has already journeyed through the FCC, it seems reasonable to suggest it won't be too long until we find out for sure. A launch at CES perhaps?