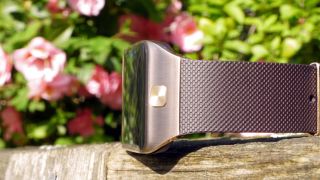 The first Android Wear watches are on the way

The rumoured Samsung Android Wear smartwatch now appears to have a name and a release date. According to reports, the Samsung Gear Live will go on sale on July 7.

In a leak published hours before the device's scheduled unveiling at Google I/O, a purported spec leak shows a device very similar in statute to the existing Gear Neo 2, which runs Samsung's own Tizen OS.

We're just moments away from Google taking the stage at the Moscone Center in San Francisco, so it won't be long until we find out for sure whether this late leak is the real deal.