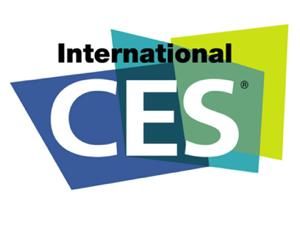 We've known about Powermat for some time, one of those mythical, upcoming bits of kit that garners great interest even though very few actually appear to have seen one. Well now we have.

We took a short time to have a play and were pretty impressed, even if we were slightly concerned at the crackle of electricity when we ripped one of the phones briskly away from the mat.

For games handhelds like the DS and PSP too large to fit on the mat, an adapter sits on the mat instead and charges via a cable. It can also charge larger devices such as a laptop via similar methods, though we didn't see this in action.

The mat delivers completely wireless charging to mobiles and other devices which are attracted by a magnet so they're in exactly the right spot. An LED lets you know when charging is actually taking place. The concept is based on the principle of magnetic induction, though Powermat is keen to point out that there is a significant amount of its own innovation in the product.

One worry for us is pricing – there isn't any currently available, and we don't think they'll be cheap.

Powermat (the company) is actually launching 15 separate charging products including travel mats and even one to go on your bedside table. The largest mat will charge up to six devices. They'll be in stores this year.