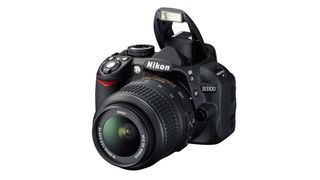 Nikon has said that during the first two months of 2012, it has become the biggest camera seller in the UK, according to data from GFK.

The figures only include actual sales of cameras, so do not include pre-orders of recent releases, including the Nikon D800 and Nikon D4.

Speaking to TechRadar, Jeremy Gilbert, Nikon UK's marketing manager said it represented the first time that Nikon had managed to sustain the lead for two months in a row.

Figures show that overall, the imaging market shrunk by around 11% in 2011. Problems caused by natural disasters in Japan and Thailand are thought to be responsible, but Nikon still posted good results.

Nikon's range of Coolpix compact cameras has grown to give Nikon a 14% share of the market, compared with 3.5% just two years previously. Meanwhile, it's first compact system cameras, the Nikon 1 V1 and J1 have topped the weekly GFK hitlist of best selling CSCs for the past 12 weeks in a row.

DSLR sales, which were badly affected by the flooding of Nikon's Thailand factory, are apparently now back to the same level as 12 months ago, while the factory itself is back to full capacity, according to Gilbert.

Last year, Nikon's D3100 entry level camera was the best selling DSLR in the UK and Europe. It hopes to capitalise on that success with the launch of the new Nikon D3200.

Traditionally, Nikon has waged war with Canon for the top spot, which so far has yet to join the compact system camera market, with its last entry-level DSLR (the Canon 1100D) now being over a year old.