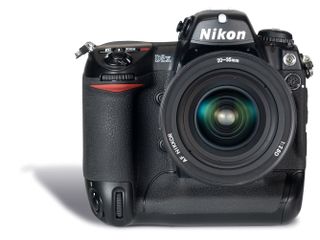 Is the Nikon D2x finally being replaced with the rumoured D3 model?

The 12-megapixel Nikon D2x may be about to be replaced, according to reports online. Given that the Nikon D2x has been around for three years now, it's about time.

A new high-end Nikon model - the Nikon D3 - is rumoured to be scheduled for release this month, shipping in August/September.

According to the reports , a near full frame sensor is to be added which means you'd get shots equivalent to those taken with a 35mm film camera. This would pitch the new Nikon D3 against Canon's high-end DSLR models.

It's also suggested that the Nikon D3 will have an 18.7-megapixel sensor made by Sony. A new processor will improve noise reduction for high ISO shots in low light settings.