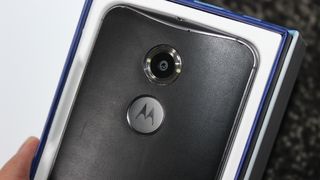 The next generation of Moto devices could get improved cameras

Although we've liked many of Motorola's latest handsets such as the Moto X, the Moto G and the Nexus 6, the cameras on the devices haven't been quite as impressive – but that looks set to change with Motorola promising that camera quality will be one of its top priorities for its future phones.

On Twitter Adrienna Hayes, the CMO of Motorola, promised that Motorola was going to improve the cameras in upcoming products.

When asked if the camera component will be a main focal point for future Motorola devices, Hayes replied "YES. We know we need to improve here and are definitely going to 'bring it'."

Afterwards when asked if Motorola will be including advanced manual camera controls with its devices, something fans have been asking for, Hayes responded with "We absolutely can and we absolutely will this year. Stay tuned!"

While a couple of posts on Twitter aren't exactly cast iron guarantees that we'll see better snappers on Motorola devices, it's a positive sign that people in the company realise that it's an area where they need to improve.

So will we be seeing better cameras in devices such as the upcoming Moto X (2015)? We'll have to wait and see.