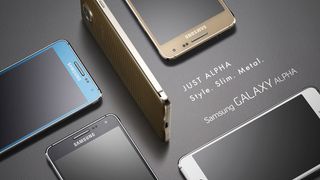 Who's going to object to more of these?

The recently revealed Samsung Galaxy Alpha has already made quite a splash, but the company likely won't stop there.

The stylish metal Alpha is only the beginning of an entire A-series of similar smartphones, according to SamMobile.

And lo and behold, a listing for the SM-A500 appears to already be hidden on Samsung's mobile website, though not in any easily digestible format (try a control+F; it's there).

The Samsung Galaxy A-series will reportedly all feature designs similar to the Alpha, with metal in their chassis.

Since the Note 4 is expected to arrive during IFA 2014, Samsung may debut the three new A-series phones at a later date, so as not to dilute the phablet's spotlight.

In the meantime peep TechRadar's analysis of the best Galaxy Alpha deals around.