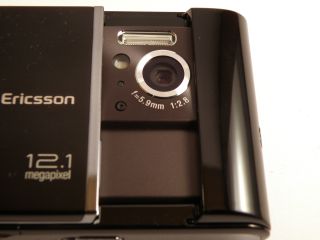 Texas Instruments has announced that it is to manufacturer processors which will bring full-blown camera and camcorder functionality to the next generation of smartphones.

This means that the humble handset could well be given DSLR-like imaging capabilities. It's not just about still images, either.

Texas Instruments has explained that mobiles could get 720p HD video capture in the near future and other camera features including: smart lighting, face tracking and auto scene detector.

Also included on the new co-processors is TV-out functionality.

The highest MP cameraphone in the market at the moment is the Sony Ericcson Satio; it boasts a 12.1MP sensor, something the OMAP-DM515 processor is capable of delivering.

It will be interesting to see which mobiles come to market first packing the OMAP-DM525's 20 megapixel power.