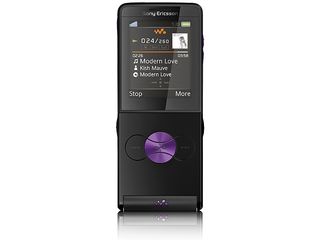 Sony Ericsson's latest Walkman handset is Japan-only and will definitely remain so – let's get that out of the way at the start. Still, its ability to rip CDs by itself could end up in the West at some point.

The Premier 3 is available on KDDI's au network for the equivalent of about £200 with a two-year contract. For that hefty commitment, users get a pretty standard 3.2-megapixel camera, Bluetooth, GPS and all the rest.

Rip it their way

However, it's the bundled in-line remote controller that's worth a closer look. Its standard 3.5mm audio jack can be connected to an audio source for PC-free ripping.

Anything from a CD, MD, or even the radio goes down the pipe as 320Kbit/s AAC audio into the phone's 50MB of onboard memory or a 2GB (maximum) microSD card for playback on the handset.

Naturally, it's DRM-ed to heck and can't be moved off the phone, except to be deleted, but the concept is laudable and could take off with a little more work on the user-friendliness.