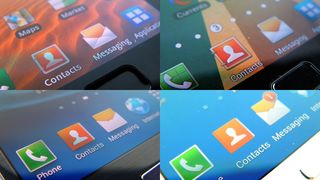 It's been hinted at for some time, but now we've got our first report of a smartphone rocking a 4K display.

The phone in question is the ZTE Star 3, which GizmoChina reports packs a 5.5-inch screen with a staggering 2160 x 3840 resolution, resulting in a pixel density of 808ppi.

This news comes via sources of the Chinese media, so take it with a pinch of salt, but we wouldn't be surprised if a China based manufacturer was the first to stick a 4K panel in a phone.

While it's impressive to squeeze a 4K display into a smartphone, there are many who wonder whether the humble human eye will see any real difference between a 4K offering and rival 2K and 1080p screens.

Add to that the fact the battery is going to take one hell of a beating and we're left wondering if the inclusion of a 4K screen is really worth it.

There's no release date mentioned for the rumoured ZTE Star 3, while other 4K handsets are expected to arrive in 2016.