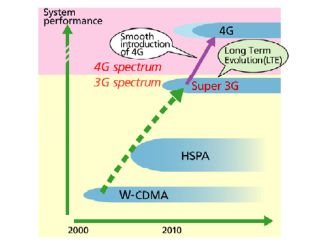 Remember when all the talk of mobile phones was about how the fabulous new '3G' concept would make them our best friends for life?

Well, we can now set that pipedream aside and stride confidently towards the future, as the world's first firm 4G plans have been announced.

Unsurprisingly, the news comes from Japan, where the Ministry of Internal Affairs and Communications has revealed it will soon be accepting applications to use the required parts of the radio communications spectrum.

The 4G spectrum licences will be given to just three carriers, although four – NTT Docomo, KDDI, Softbank and Emobile – are likely to apply from April.

The companies that receive golden tickets when the results come out in June are expected to start selling 4G phones with download speeds in the multi-megabit class late next year.