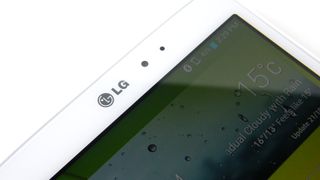 Is a re-badged G Pad on the way?

Google seems to have formed a tight partnership with LG, with rumors suggesting that the Korean firm is in line to produce a third Nexus tablet, the Google Nexus 8.

Famous tipster evleaks has been at it again, with the latest tweet appearing to confirm that the LG-V510 is coming as a Nexus device.

This would not be the first time that news of an 8-inch Nexus tablet has surfaced, with an LG G Pad 8.3-esque photo having previously popped up on a Google's OS promotional site.

Could we even see the G Pad just gain Nexus branding in a similar fashion as the Nexus 5 and the LG G2?

The Nexus 8 would fight it out against the newly released iPad mini 2 with Retina display and the current LG G Pad 8.3, as well as the rumored 8-inch AMOLED Android tablet from Samsung.