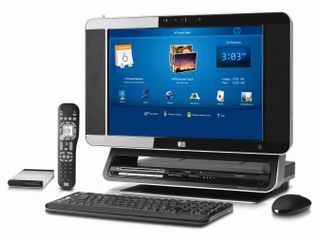 HP wants to push Acer out of the US computing market

Two of the largest computer makers in the world are at loggerheads - and it may end up in court. HP has filed a lawsuit against Acer for alleged patent infringements, prompting speculation that it is a move intended to push Acer out of the US market.

The lawsuit was filed yesterday, to a Texas federal court, seeking unspecified damages. The document spells out that HP is trying to stop Acer from selling computers in the US. Both Acer's Taiwanese parent company and its Acer America subsidiary were mentioned.

According to HP, the lawsuit addresses a number of patents relating to optical drives and readers, power consumption management features in notebook computers and DVD editing tools, as well as technologies for connecting peripherals. The patents listed in the lawsuit were filed between 1997 and 2003.

HP, the world's leading PC maker , said in a statement that it "...is taking necessary action to protect its intellectual property against unauthorized use" by Acer. It claims Acer's infringement was "wilful", meaning the company continued to sell its computers even though it was aware of the patent issues.

Analyst JP Morgan said the lawsuit is HP's way of addressing the growing competition from Acer. The company has expanded significantly in recent years and now has 20 per cent of the US computer market.

Acer, currently the fourth largest PC maker in the world, said it was conducting a full investigation of the allegations made by HP.