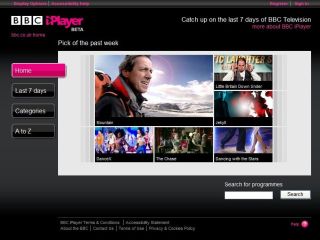 Erik Huggers, the BBC's Head of Future Media and Technology, has revealed that social-networking tools are coming to the Player, with Twitter and Facebook integration already poised for launch.

Speaking at the Guardian's Changing Media Summit 2010, Huggers revealed that the next iteration of the BBC iPlayer (dubbed iPlayer 3.0) will launch soon and Facebook, Twitter and Bebo were already signed up as partners.

"We are close to launching the third version of the iPlayer in beta which will have many more social functions embedded within it," explained Huggers to the Telegraph. "People will be able to bring their Facebook friends onto the iPlayer so they can share what they are listening to or watching with each other more easily."

Once logged in, users would see 'coloured puffs' of information about what your friends were watching and so on.

Alongside iPlayer 3.0, there will also be a lite version of the service launched which will be embeddable into other areas of the BBC website.

Although Huggers was coy about what this would look like, he did note that it would resemble the iPlayer's functionality.