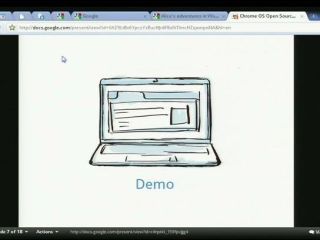 Chrome's rise and rise in the browser market has seen it overtake its rivals in TechRadar's latest data – with IE bleeding users and the Android browser coming up fast.

Looking at TechRadar's own traffic in 2011, it is clear that Google's Chrome is increasingly a favourite with our audience – finally overtaking Microsoft's veteran Internet Explorer in October, using data from over 8.7 million unique users globally.

Firefox has traditionally been a strong performer in terms of TechRadar's audience, but it has fallen away in recent times, whilst Apple's Safari is the most inconsistent performer.

A steady slide from January to June saw Safari go below 16 per cent of visitors, but a bounce has pushed it back to over 19.5 per cent in the last month.

But with Opera holding steady at between 1.5 and 2 per cent, it is the mobile Android browser that has increased hugely – coming from nowehere to take more than five per cent in October.

Although the data is affected by major tech releases the shift in power is becoming clear, with Google's two browsers, Chrome and Android, now accounting for 30 per cent of TechRadar's traffic.

Microsoft will be keen for IE10 to prove successful enough to prevent further market slippage, but with mobile devices proliferating you would expect to see ground increasingly taken by mobile Safari and the Android browser, as well as the increasingly popular Chrome.

It will also be fascinating to see what, if any, impact Amazon's Silk browser will have on the data when the Kindle Fire tab begins to proliferate.