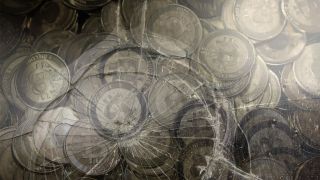 Wave goodbye to these tech oddities

The cracks are starting to appear in the Bitcoin façade – from audacious multi-billion pound heists, to increasing government intervention, and the ever-present danger of it being a currency more volatile than one of Walter White's 'special' chemistry experiments. The Bitcoin crypto-currency dream doesn't seem to be all it was cracked up to be.

Kickstarter was the solution for uni students with a back-of-the-napkin idea and an overdraft the world over – put your amazing idea up online, and strangers will pledge a bit of cash to get your genius plan into fruition. And, to a small extent, it's still alive.

However, Kickstarter's Greatest Hits isn't such a smash album at the moment: Pebble, the biggest project to date, delivered on its promises nearly a year late, and is probably about to be smashed by the tech big boys' smartwatches. Ouya, the cheapo Android gaming consoles, is now less of a household name than HD-DVD. Oculus Rift, the awesome-looking virtual reality headset, has been bought out by Facebook, so that'll probably end in tears (and an incredibly realistic version of Farmville).

Amazon's £59 Kindle might be all the rage at the moment, but e-readers are almost certainly doomed to obsolescence in the next decade. Tablets have been getting real cheap – the first iPad cost about £350 at launch, four years ago; now, you can buy a Tesco Hudl tablet, which is an all-round better tablet than Apple's first machine, for £119.

With that kind of cheap pricing, more people will be buying tablets, and no-one needs two devices. Sure, e-readers have screens you can read on the beach and better battery life, but given a few years tablet technology will catch up -- and then it'll be game over for the Kindle and all its e-reader pals.

If you've seen Minority Report, you'll have noticed that the guy messing around with the hi-tech gesture-controlled computer isn't your stereotypical computer nerd – rather, it's Tom Cruise, at the peak of his physical prowess. That isn't by accident – it's because controlling a computer by waving your hands around is actually incredibly tiring, and far harder work than simply using a keyboard and mouse, like most good civil servants.

In fact, despite the fact that you can buy a motion-control box for a computer for about £50, elaborate hand signals to control your desktop haven't caught on. The simple reason being that Old Faithful, the keyboard and mouse combo, is incredibly precise and low effort. And you know the saying – if it ain't broke, don't fix it. It's difficult to see any input system – and particularly not anything that involves flailing like a maniac – taking over your spreadsheet input duties any time soon.

First it was HD TVs, then 4K, then 3-D (and that's a whole separate train wreck); but the latest trend seems to be flat-screens with a resolution of 7680 x 4320 pixels – or, as the TV manufacturers would have you know it, 'Ultra HD'.

That sounds all well and good, after all, who doesn't want a display so sharp you can see the individual beads of sweat on Jose Mourinho's face? But Ultra HD is total overkill. Your eye has a limited resolution it can actually detect, and for you to be able to tell the difference over a 4K TV when sitting a reasonable 10 feet away, an 8K TV would have to be over 110 inches wide. I don't know about you, but that's probably bigger than my entire living room.

Another poster-child of the modern age, 3-D printing is meant to revolutionise the way we buy stuff. Rather than ordering something on Amazon, or, god forbid, going to an actual shop, the lucky citizens of the future will be able to use a 3-D printer to make their own versions of everything, from shoes to smartphones and your lunchtime can of Pringles.