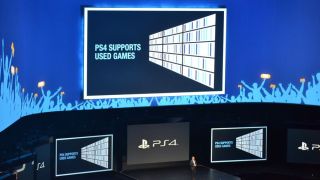 Imagine if Christmas came not once a year, but twice - and in the summer, when the weather was better. That's how we feel every June when E3 and WWDC arrive, delivering double helpings of gadget goodness, and this year has been particularly great.

It looks like Tim Cook kept his promise to double down on secrecy, because when Apple unveiled the new Mac Pro - something that looks like Darth Vader's diminutive dustbin - everybody was genuinely surprised.

That wasn't the only surprise, either. We had the bold and unexpectedly bright new visual style of iOS 7, a new, Haswell-based MacBook Air and a new version of OS X with a new naming system to boot. This one's called OS X Mavericks, and it and future Mac OS Xes will be named after US locations Apple likes. If you're wondering, Mavericks is apparently a great place to surf.

There's good news for gamers too, with Apple opening up iOS 7 to standardised third-party game controllers.

Our columnist Gary Marshall liked Phil Schiller's "can't innovate any more, my ass" comment. Apple's on a roll, Marshall says: "Keynotes can be pretty tedious things [but] this one was mainly killer and very little filler."

Craig Grannell agrees, arguing that iOS 7 and OS X 10.9 show a reinvigorated Apple. The company no longer seems tentative, "cautious of stepping out from under the shadow of its founder". These updates "represent a company refresh, not just a splash of new paint on some operating systems."

Apple wasn't the only firm staring into the future. This week Microsoft, Sony and Nintendo set out their very different visions of gaming's next generation at E3.

Of the three gaming giants, Microsoft got the worst reception: while the Xbox One is clearly a mighty bit of kit with some great-looking games, it's also an expensive one with strings attached: it needs to phone home every 24 hours or you'll be locked out of your games, and it looks like using pre-owned games will be limited too.

That left the goal wide open for Sony and PS4, which wasn't slow to respond: its console is cheaper, doesn't restrict pre-owned games and doesn't need to phone home before you can play.

Now we've spent time with it we're hugely impressed, but we're also cynical about Sony's supposed DRM-free policies: as Michael Rougeau and Alex Roth report, "it might be up to third party publishers to set resale limitations" - so the preowned freedom could only apply to Sony's own releases.

As ever the hardcore gamers will argue over specs and exclusive titles, but Patrick Goss reckons the real decider will be money. Microsoft is "asking a huge amount of its loyal fanbase to fork out so much more than its rival," he says.

"These consoles are not just after the gamers, they are also after a big slice of those who are looking to move beyond their Wii, to take a step up from app gaming, and who want a home entertainment system as well as a gaming machine. And price IS significant to this audience."

Where does Nintendo fit into all of this? It's safe to say that Nintendo's Wii U hasn't been a roaring success, but as Michelle Fitzsimmons reports, Nintendo boss Reggie Fils-Aime reckons its devices "are still worth a gold coin": what matters isn't the hardware or the distribution method, but "how you feel when you play a game".

Damn right, says Hugh Langley: "The Wii U isn't going up against the Xbox One and PS4. And that's fine." "Nintendo has its own game to play," Langley explains. Who cares about barely differentiated "gloomy shooters and photo-real racers" and consoles that value chip speeds over creativity?

"If it's between racing anti-gravity go karts while lobbing bananas at my friends on Mario Kart 8 and drooling over lifelike vehicles on Drive Club, then I know which mushroom-jumping side I'm on. Horsepower be damned. And my point is that this still holds true for plenty of other people too."