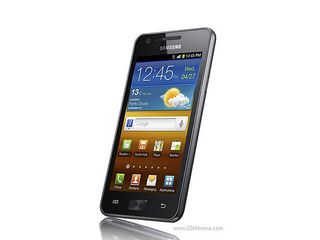 Another day, another twist in the Apple vs Samsung trademark infringement legal rollercoaster.

Samsung is demanding that Apple's outside legal representatives are thrown-off the case because, lo-and-behold, they used to represent Samsung.

The Korean giant, which faces several allegations of copying Apple's iPad and iPhone for its range of Galaxy smartphones and tablets, reckons this creates an obvious conflict of interest.

"At least five of the ten attorneys at the firm of Bridges & Mavrakakis represented Samsung on patent litigation matters that are substantially related to the case at hand," says a filing made to the California court.

The attorneys in question represented Samsung back in 2006 when the company was involved in another patent dispute against Sony Ericsson.

Naturally, Samsung is claiming that the in-depth knowledg of the company the legal-eagles gleaned from working that case could be used against them in the current proceedings.

The filing continues: "It is inevitable that Samsung's confidential information--including not only the legal strategies implemented by Samsung in a prior litigation, but also other accumulated insights such as the decision-making tendencies and pressure points of Samsung's internal legal team--will be used to Advance Apple's interest against Samsung in this litigation."

The legal battle began way back in April when Apple issued an extremely strongly-worded writ, alleging that Samsung had copied iOS devices for its popular Android range of phones and tablets.

"Rather than innovate and develop its own technology and a unique Samsung style for its smart phone products and computer tablets, Samsung chose to copy Apple's technology, user interface and innovative style in these infringing products," read the lawsuit.

Since then there have been lawsuits and counter lawsuits in several countries with both companies demanding that the other's next generation tech go before the court.

So far there's been plenty of handbags, but not much in the way of a resolution. We can see this rumbling on for months.