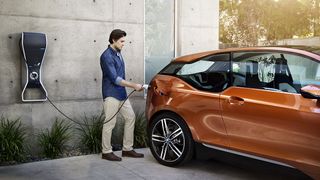 Samsung has dropped a hint at its future direction, with its next play to get more involved in the electric car.

The company announced it is to buy a stake in Chinese electric car manufacturer BYD which will initially let both companies "[strengthen] electric vehicle parts and smartphone parts businesses".

However Samsung also added, "We plan to discuss cooperation in various businesses going forward" - which is where things get more interesting.

The automotive industry feels like a logical next step for many tech companies, and it's little surprise that Samsung might be interested in more than boosting its existing components business with this deal.

Apple is reportedly working on an electric car of its own (which may include autonomous elements somewhere down the line), and Samsung may well be thinking of getting more involved itself.

Samsung hasn't revealed how much of a stake it's claimed in the car manufacturer yet, but the Korean electronics giant has always been keen to jump on the next big thing, so looking to the electric car makes plenty of sense to us.