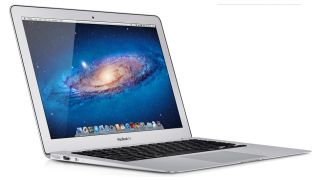 Intel Thunderbolt: can it really replace all your other connections?

include a connectivity technology called Thunderbolt. But what is it?

The answer, is that it's actually a rebrand of Intel's long-talked of Light Peak technology – Light Peak, it appears, was a codename. Thunderbolt is a new cable interface enabling you to connect up compatible devices – and, crucially, existing devices too.

Thunderbolt also supports electrical cables as well as optical and it's this version of Thunderbolt that's in Apple's laptops.

The tech also supports DisplayPort for HD displays and can, through more adaptors, connect up HDMI, DVI and VGA displays.

So it's a connector that can replace literally all other connectors on your PC. Wow. If you're a peripherals manufacturer, you should be making Thunderbolt adaptors for everything, right now.

So how fast is it? There's massive bandwidth available with Thunderbolt – up to 10 Gbps, which could grow by up to 10 times that by 2020.

Thunderbolt means you can now transfer an entire Blu-ray disc in 30 seconds or a year's worth of back-to-back MP3s in 10 minutes. And it's dual-channel, which means information can flow both ways, as you can see here:

Thunderbolt can also power bus-powered devices over the connections while Intel promises that files can have highly accurate time synchronisation too.

Intel demonstrated the technology inside a laptop nearly a year ago when it sent two HD video streams across a single Light Peak connection. You can also daisy chain devices, seemingly without performance loss – there's a video of that in action here.

Suddenly the MacBook Air, with its single USB port, doesn't look so limited. Surely MacBook Air 2011 means you'll be able to connect up everything via a single port.

It clearly shows Apple also believes in Intel's new technology. Of course, that doesn't automatically mean it will be a success. Apple also put the ExpressCard into the MacBook Pro a while back and, due to the rise in wireless connectivity and USB mobile broadband, that has died a death.

However, because this looks to be such a groundbreaking technology, it surely will seep into competing laptops and netbooks before long – depending on the duration of Apple's inevitable exclusivity deal of course.

One thing's for sure, if Intel and Apple can force the connection to permeate through the industry, it could be have interesting consequences for USB 3 and eSATA, which are still struggling to get a foothold in the market.