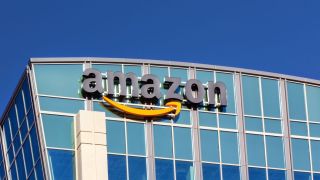 We’re all familiar by now with Amazon and the ridiculously broad range of goods it offers, but the online retail giant is reportedly drawing a line with its cheaper products in order to increase profit margins even further.

The Wall Street Journal has heard from “major brand executives and people familiar with the company’s thinking” that Amazon is waging war against its CRaP (Can’t Realize a Profit) products, as they are apparently referred to internally.

These products are typically snack foods and beverages that weigh in under $15. Due to their relatively high weight or size, they are costly to ship despite their low value, and don’t make Amazon enough of a profit as a result.

An example provided by WSJ is the recently-removed six-pack of bottled water from Coca-Cola Co, which was cheap, heavy, and had to be shipped by Amazon. This combination actually resulted in losses rather than profits, and the product has since been replaced by a 24-pack with a higher per-bottle cost that ships from Coca-Cola direct.

The trillion-dollar company has somewhat of a vice grip on major brands, WSJ notes, as they don’t have an option but to offer their products on the ubiquitous service, particularly in the US, given its mammoth stake in the e-commerce world.

This means that Amazon will be able to get away with offloading these costs to other big brands, because it ultimately holds leverage over whether or not they get exposure to the majority of online shoppers.