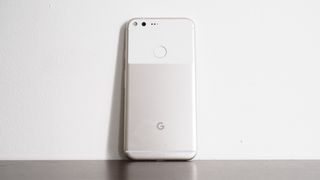 There’s little doubt that work is already underway on the Google Pixel 3, but in addition to its continued flagship effort, Google may also be bringing a more affordable Pixel phone to market in 2018.

This model in particular is said to be an effort to reach emerging markets, like India. It’s possible that it could be released globally under the company’s Android One umbrella – an initiative that lowers the barrier to entry for premium hardware and stock Android software.

Details on the phone itself are scant, though it will reportedly launch in July or August, according to the Economic Times.

A Pixel for everyone

Phones like the Google Pixel 2 and Pixel 2 XL have features that anyone could enjoy, but due to their relatively high asking price – though not as egregious as the iPhone X – not everyone gets to experience them.

As such, a more affordable Pixel phone could fill a void in the mid-range. Not that it isn’t an intensely competitive sector of the market, but one area where it really falls flat is with photography. If Google could bring its camera smarts and virtual assistant to more people at more budget levels, that’d be nothing but a good thing.

Google historically releases its Pixel phones near the year’s end, but based on this leak, either it will have two launches in 2018; the first being for its affordable phone in July or August and the second in October, or it may be shifting its yearly launch schedule forward a bit.