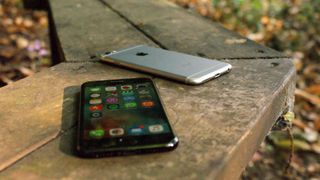 The iPhone and iPad - particularly recent models like the iPhone 7 and iPad Pro 9.7 – are generally slick devices, but like any gadget they can sometimes play up, or freeze, and on those occasions restarting them can often fix the issue, and is usually the first thing you should try.

That can be tricky if they’re frozen and not responding to your taps, but there’s a simple way to force a reset.

The exact process is different on the iPhone 7 and iPhone 7 Plus to older devices, but whatever iDevice you’re using you’ll find a guide to resetting it below, along with the reason for the differences.

Resetting the iPhone 7 and iPhone 7 Plus

With the iPhone 7 and iPhone 7 Plus, Apple has changed the home button from something that you can physically press in, to a touch-sensitive pad that responds to the force of your touch.

One of the impacts of this is that it changes the way you force a restart of the phone, with the home button no longer being part of the equation, as it’s now software controlled and won’t work when the phone freezes.

The following three steps will guide you through what you need to do – if you’re using an older iOS device skip further down for instructions.

1. Press the power and volume down buttons

To start the reset process on the iPhone 7 or iPhone 7 Plus, simply press the volume down button on the left side of the phone at the same time as pressing the power button on the right edge.

Keep both buttons pressed until the screen turns black and the Apple logo appears, this will take several seconds and is a sign that the phone has started rebooting.

3. Wait for the phone to reboot

Let go of the buttons and wait for your iPhone to fully reboot. With any luck your iPhone will now be fully functional again, but if not, check out how to troubleshoot an iPhone.

If you’ve not upgraded to Apple’s latest phone the reset process is slightly different, but only in so much as the buttons you have to press.

As you’ll still have a physical, clickable home button you simply press and hold that at the same time as the power button, until the Apple logo appears, then let go and wait for your phone or tablet to reboot, hopefully solving any problems.