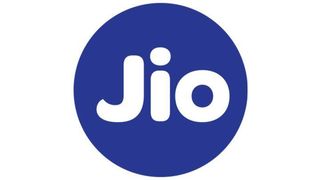 The effect of Reliance Jio is such that even before its commercial launch, it has completely shaken up the market and forced giants like Airtel and Vodafone to cut their tariffs and offer free calls and services in order to remain relevant and compete with Jio.

Reliance  Jio has been embraced with open arms by customers sick of dropped  calls, uncompetitive rates and general stagnation in the telecom  marketplace.

Bharti Airtel, Idea Cellular and Vodafone, all have been experimenting with various bundles and  data pricing strategies in order to combat the Reliance Jio effect.

Airtel recently announced two plans with 80 percent lower data tariffs. - an annual plan for Rs 1,498 and a semiannual plan for Rs 748. Understandably, the annual plan has more benefits and is something that we would recommend if you're split between the two choices.

Rs 1,498 or 748 is nothing but a subscription fee of sorts. The two packs will come with 1GB of data each, but the data costs after it is exhausted will be significantly cheaper. For example, the Rs 1,498 plan will offer 1GB of 4G/3G data for Rs 51, 2GB of data for Rs 99 and 5GB of data for Rs 259. Since there are no caps on the number of recharges you can do in the annual cycle, you can have as much data as you want, provided you keep recharging your account.

Idea also recently slashed its data tariffs by up to 67% as a response to Reliance Jio's data tariffs, which will offer data at an 8x discount compared to contemporary mobile networks.

Idea Cellular has reduced the rates in all circles and is expecting to bring these changes to its postpaid users as well. The company detailed the changes in a statement. "Idea is now offering 10 GB 4G, 3G data pack for just Rs. 990. Idea's 2GB data is now priced at just Rs. 349, as against the earlier price of Rs. 449. Idea users will now get 5GB of 4G, 3G data at just Rs. 649 - a 67 per cent more value than 3GB data earlier," it said.

The Reliance Jio effect: Will it last?

Reliance's Jio network is now available for free to most 4G smartphone  users, with subscribers getting a massive three months of unlimited  data, voice and a suite of apps for free. Users have embraced Jio, with  long queues outside company stores to get the SIM cards. The word of mouth has  also been extremely positive, with people very happy with the services.

It is great to see a new entrant in the telecom space shake up the market and force competitors to pull up their socks. At the end of the day,  capitalism dictates that more the competition, the better it is for  users in terms of price and services.

We have to wait and see whether this momentum for Reliance Jio lasts  and if it is able to seize a tangible share of the market by next year.  We wont have to wait long, as Reliance Jio's commercial launch is set to  be right around the corner.