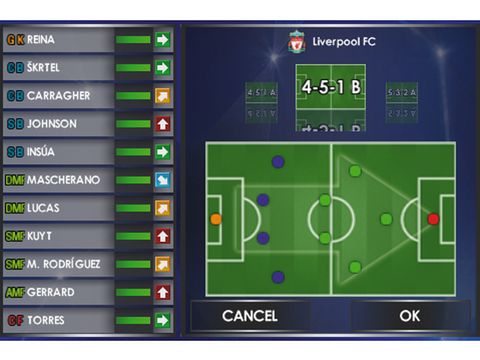 After their World Cup victory, now is a particularly great time to be a Spanish football fan. But things are looking brighter for footy fanatics everywhere thanks to the debut of Konami's beautiful Pro Evolution Soccer franchise on the iPhone platform.

Always the preferred choice among critics in its console incarnations, PES on the iPhone also delivers a slightly superior game to EA's rival FIFA franchise – but only just.

As well as the flowing passing and shooting gameplay you'd expect from a PES game, this version is also notable for the implementation of the control systems. A directional pad and simplified single tap for passing and shooting is the preferred option, but even the accelerometer control works remarkably well.

Chuck in UEFA tournaments, league games, quick matches and proper player names and you have a pretty pleasing footy experience.

It lacks the finesse of its console counterparts but as a pick-upand- play footy fix, it's unbeatable.