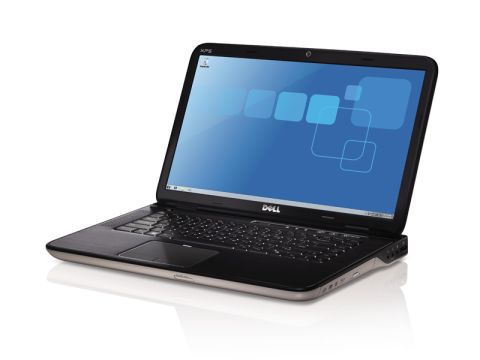 Dell XPS 15 packs in the power

For the XPS 15, Dell opted for an Intel Core i5 processor running at 2.53GHz, and the power it affords is truly staggering for a mid-range laptop. We witnessed no slowdown at all, even with several applications running at once, so you can comfortably browse the web while playing your MP3 collection and running applications such as virus scanners in the background.

There are very few laptops at this price that can offer such strong performance, with the Packard Bell TX86 and the Toshiba Satellite L650 being two of the notable few.

We were also impressed by the dedicated Nvidia GeForce GT 420M graphics card, with 1GB of video memory. Most manufacturers would make do with integrated graphics, good enough for watching movies and little more. However, the XPS 15 allows you to play even the latest games thanks to its support for DirectX 11.

You will need to turn down detail levels on some of the more demanding titles, or else suffer chugging frame rates during particularly fierce battles. However, it's great to have the option to play those games at this price.

Another benefit of the XPS 15's graphical spec is Nvidia's Optimus technology, which basically switches between the dedicated GPU and the Intel integrated graphics depending on the applications you're running. The switch is performed automatically and can also be configured manually if desired.

The result is extended battery life when you're not running graphically intensive titles on the XPS 15. As mentioned previously, we managed 287 minutes of life away from the mains, which is more than we'd expect from a laptop with this much power.

If you wish to further extend battery life, there's a touch-sensitive button above the XPS 15's keyboard that opens the Windows Mobility Center, where you can change the display brightness, toggle wireless networking and more.

Dell is also making a big deal of its built-in JBL speakers with Waves MaxxAudio technology, and after testing it out on the XPS 15 we can see why. Sound quality and maximum volume are highly impressive for a laptop, definitely much better than the tinny efforts we usually see (or rather hear). We still prefer dedicated speakers or headphones when listening to music, but they'll do very nicely in a pinch.