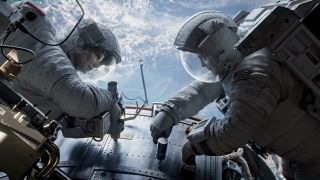 Watch out for space debris.

While you might not be able to spot it with your backyard telescope, there's an increasing amount of space junk floating just outside the Earth's orbit - it already poses a serious threat to existing spacecraft (did you see Gravity?) and the problem is expected to get worse.

Enter a new type of rocket design developed by a team of scientists working at Tsinghua University in Beijing. The clever part of the design is the way it turns floating space debris into propellant, so it can clean up outer space and power a spacecraft at the same time.

The best minds in science have been busy thinking about how to deal with the space debris problem for some time: huge fishing nets and slingshots have been suggested in the past, but the new proposal from China could be the most promising idea yet.

Now for the science bit

At the centre of the new engine design is the principle that any element can be transformed into a plasma of positive ions and electrons when it gets hot enough - the rocket would snag any debris less than 10cm in size, grind it into a powder and then heat it up to create a powerful electric field that generates thrust.

At this stage a lot of the smaller details still need to be worked out, and then the team of researchers needs to prove the engine design can make the leap from theoretical blueprint to actual physical system.

The newly proposed engine is focused on smaller bits of junk floating outside our atmosphere - as for the larger chunks, the most viable option we've thought up so far is blasting them out of orbit using giant lasers. It should make for an interesting light show at least.