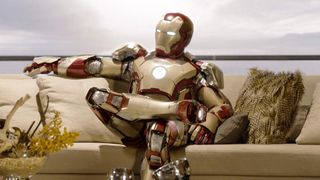 Hollywood loves to delight us with fantastic gadgets and amazing technologies, but it also has a tendency to go over the top. Remember the truly dreadful portrayal of tech in films such as The Net?

So how much of the sci-fi we see on our screens is actually possible - and if it's possible, how long is it before we can have it?

Let's find out the truth about our favourite on-screen inventions.

This one's organic rather than man-made, but it's still amazing technology: the only obvious drawback of Douglas Adams' Babel Fish is that you have to stick a fish in your ear (oh, and the theological arguments that resulted from the "bizarrely improbable coincidence that anything so mind-bogglingly useful could evolve purely by chance,") but the upsides are many: instantaneous, accurate translation of anything said to you in any language.

Is it movie bollocks? The fish bit is, obviously, but Google Translate is getting there: the latest version can translate handwriting as well as text.

Knight Rider's KITT (it's short for Knight Industries Two Thousand, which must have sounded amazingly futuristic back in 1982; in the 2008 movie the number was upped to three thousand) could see the road ahead, communicate with David Hasselhoff, play music and video and even let the driver play video games. KITT's memory capacity was a massive "1,000 megabits".

Is it movie bollocks? Not at all. Cars might not have KITT's, ahem, winning personality, but self-driving cars are mainstream now: many mainstream vehicles use crash-avoidance technology to compensate for driver error and, of course, Google is running fleets of autonomous vehicles.

The sex-obsessed teens in the classic '80s John Hughes film Weird Science had access to computer technology that is still light years ahead of what we have today. Though it used ancient 5.25-inch floppy disks, it had the capacity to tap into powerful government computers over the telephone for extra processing juice.

Best of all, this incredible computer had the ability create the stunningly gorgeous Kelly Le Brock out of thin air, though if the boys had known that she'd eventually go on to marry Steven Seagal, they'd have probably hit the delete key.

Is it movie bollocks? No, Kelly Le Brock really did marry Steven Seagal. Oh, you meant the part about the computer that can create supermodels out of thin air... Well, 3D printers are good, but they're not that good.

The health pods in Elysium aren't just magic cancer-killing machines that can rebuild your entire DNA. Oh no.

They're magic cancer-killing machines that can repair your head even if most of it's been shot off, right down to recreating the exact length of stubble you had before your meeting with Mister Shooty. And here's us thinking spray-on plasters are pretty clever.

Is it movie bollocks? Very much so, but while we can't magically rebuild people, we can use genetic scanning to identify potential problems before they occur, and nanomedicine to create very targeted drugs. For example, this week in India a nanomedicine for drug-resistant blood cancer was announced.

For us, our first sight of glasses-free 3D was in Star Wars with its holographic chess and communications. "When will we get such wonders?" we asked. "And will they be as horribly glitchy as that Princess Leia-gram?"

Is it movie bollocks? Nope. They may cost more than a Death Star, but glasses-free 3D UltraHD TVs have been around for a while now.

A remote control for reality

Wouldn't it be great if the same pause-live-TV tech we take for granted also worked in real life? That was the premise of Click, in which Adam Sandler used the real-life remote with the obligatory "hilarious results".