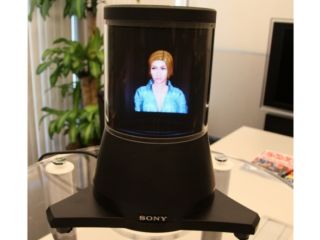 New breakthroughs in the development of holographic 3D technologies mean that we could well see holographic TVs within our homes by 2017.

Researchers from the University of Arizona have now developed the fastest 3D motion hologram.

The Star Wars-like tech is currently at the stage where it refreshes every two seconds, but the researchers claim that refresh rates will be good enough to develop 3D holographic TVs for the consumer market within the next seven to ten years.

The team uses 16 different cameras focused on one particular object to create the illusion of a 3D object.

The hologram itself is created by shooting holographic pixels ('hogels') using a laser on a plastic screen, which reacts chemically to the laser and subsequently stores the image on a screen.

It is this new type of plastic that allows the hologram to refresh once every two seconds.

"It is very very close to reality," noted physicist Nasser Peyghambarian of the University of Arizona in Tucson. "Something that was science fiction is something we can do today."

Physicist Pierre-Alexandre Blanche added: "Star Wars was a great movie and we got a lot of feedback because of Princess Leia."

However, quickly smashing our sci-fi dreams, he adds the disclaimer that: "You need a screen, a support to display the image."