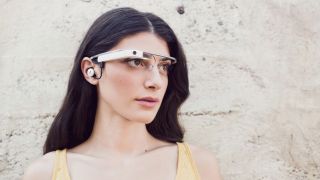 Update: The charges against Cecilia Abadie have been dismissed because of a lack of proof that her Google Glasses were turned on while she was driving.

A woman in California was ticketed on October 29 for wearing Google Glass while driving, unleashing a debate about the legality of sporting the head-worn wearable when operating a vehicle.

Cecilia Abadie, a Glass Explorer, posted the ticket that cited her for "Driving with Monitor visible to Driver (Google Glass)" on her Google+ page. Commenters quickly pulled up the state vehicle code the officer appears to have knocked her for, which you can pour over here.

Abadie, by the way, was speeding, which looks to be the reason she was pulled over in the first place.

How this traffic stop plays out will likely have lasting consequences for Glass and the law. Earlier this week, Google announced that Explorers will be able to invite up to three friends to purchase Glass and unveiled the look of Google Glass 2.

More ticket books may be in order if the Po-Po plans on continuing to cite Glass-wearing drivers.