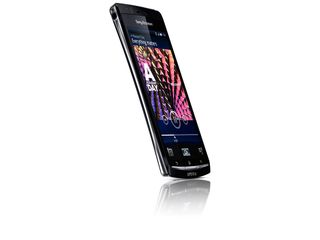 Sony Ericsson confirmed to TechRadar at a briefing today that it will be looking to leverage more of the Sony flagship brands in the future.

Having already built a strong mobile phone base on the Cybershot and Walkman brands, the unveiling of the Xperia Arc heralded the use of the Bravia name in the Sony Ericsson range.

Dave Hilton, Marketing Director at Sony Ericsson, told TechRadar that more was coming from the parent brand after the Bravia name was used to highlight the power of the new 'Reality Display'.

"We're going to continue to use more and more technology from Sony," confirmed Hilton at the briefing.

"Bringing in Sony technology is our strength – other brands do have some tech but I think our Sony links give us a competitive advantage."

The desire to use more technology seems to contradict the rumours of Sony not wanting to give its sub-brand any more of its flagship names – if true, we could see Sony Ericsson Bloggie phone in the future, but we'd rather not, if we're honest.

Hilton also said that stronger links between Bravia TVs and Sony Ericsson handsets were likely in the future, with users able to control a Sony Ericsson mobile streaming content to a TV via the remote, although this functionality has yet to be unveiled.