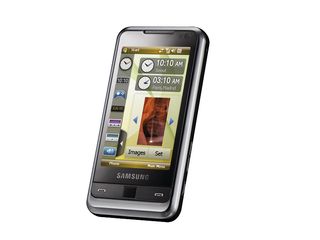 Samsung has told TechRadar that its new Bada platform will be able to both support resistive screened phones and also multi-point touch.

Justin Hong, President of Engineering for the Bada platform, told TechRadar that it is looking to support all types of technology:

"Bada is an exclusively touchscreen platform, with multi-point touch, although single point touch will be used on the home screen.

"Bada can also be used on both resistive and capacitive touchscreens as well."

Hong didn't elaborate on the point, but if true, it would be the first time we've seen multiple input possible on a mass market phone.

It's interesting to note that, like the Sony Ericsson Aino, Samsung won't be maximising the touchscreen tech throughout the phone, rather using single point touch on the home screen, and allowing developers the chance to use it in applications, such as virtual keyboards on gaming.

Samsung was also interestingly keen to point out that its multi-touch technology, which has been developed in house, should be referred to as multi-point touch tech; whether this is a legal issue or just the company keen to be different from all the other phones out there, we're yet to find out.