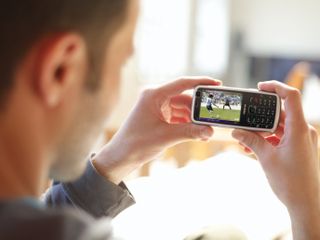 The BBC is planning a multimedia extravaganza of coverage for the 2012 London Olympics, with the ability to watch the games on the go looking to be a key part of its broadcast.

As well as TV, radio – including coverage in several different languages on digital radio – online and potentially 3D, the broadcaster plans to have every moment of the event accessible on mobiles.

Experts have informed Roger Mosey, Director of London 2012 for the BBC, that these proposals for coverage in all media can be deliver, and budgeting is already underway.

Mosey said: "Only one in 50 people used mobiles to follow Beijing and it was shown that they didn't like it much either, there were judders or people couldn't get access to video. It didn't catch on for Beijing but it is our big idea for London.

"Boris [Johnson, London's Mayor] has also said he would like wireless devices to wander around London and catch up with action and find where to go.

"Mobile is slightly more contentious because there is the question of delivering to the Games area and then the pressure of how much pressure is being put on networks in London."

Although the BBC has the Olympics, it's lost out on coverage of the 2012 Paralympics to Channel 4.