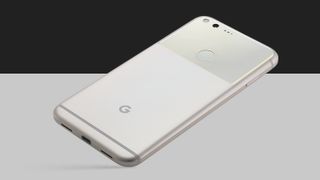 If you own the original Google Pixel or Pixel XL, you can expect one more software update for your phone to land in December - but that's it.

It marks the first time Google has dropped one of its Pixel phones from its standard monthly updates, as the company has confirmed to The Verge that the next upgrade will be "one final software update".

The original Pixel phones were introduced in October 2016, meaning you've been able to access three years of updates for the devices. The Pixel and Pixel XL missed out on November's security update earlier this month, so many assumed they were already done for upgrades.

When Google revealed the original Pixel lineup, it confirmed there would be two years of standard software updates with three years of security upgrades.

Google then introduced Android 10 software to the original Pixel line a few months ago, which was a surprise upgrade as based on Google's comments many expected the handsets to be stuck on the previous version of the software.

The company has yet to confirm when the Pixel 2 and Pixel 2 XL will drop out of being updated, but if Google follows a similar pattern for these phones you can expect to be able to access Android 11 and a year more of security upgrades too.