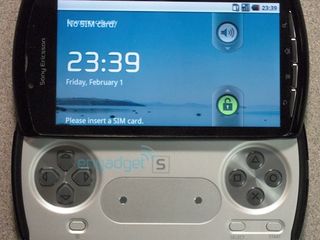 Senior figures from the games industry have suggested that the time is ripe for the arrival of a PSP Phone, with many suggesting that both games makers and consumers will benefit from the new platform.

It seems to be a case of when rather than if a PSP Phone is set to arrive from Sony, with the device likely to bring an adapted Android operating system and, obviously, be focused around gaming on the go.

TechRadar has spoken to industry experts from the gaming world – and the feedback we received was overwhelmingly positive.

"The advent of a Sony PlayStation Phone could create more opportunities for developers to publish their games on yet another platform," said Wilson.

"The cost of development would also be comparatively low. TIGA's research shows that many developers are already self-publishing games and many are publishing on mobile.

"This could also be good news for consumers, creating yet more choice in the market place."

Nick Parker – an analyst from Parker Consulting Ltd – agreed: "A viable platform other than iPhone for gaming on the move for an older (than DS) demographic would be welcome.

"I can only say that a move to a PSP Phone makes sense for Sony, and I have heard similar rumours from trusted sources that this is a Sony strategy," he added.

Paul Farley is the MD of Tag Games, a specialist mobile games developer based in Scotland, and he thinks a PSP Phone would further blur the lines between phenomenally popular so-called casual games and traditional gaming.

"It's great news for the mobile games industry – for years we've struggled to be taken seriously by the rest of the games industry and this move by Sony further fuels the acceptance of mobile gaming as a viable platform for hardcore gamers as well as the more casual players," he said.