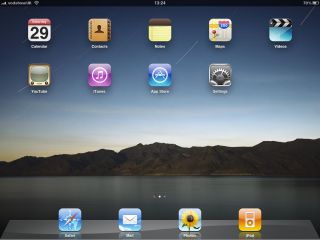 Apple's tablet is about to get a little newsier

The Daily, the planned iPad-only newspaper from Apple and News Corp, may be delayed until the new year.

The collaboration between the tech and media giants which will bring iPad owners a digital newspaper updated three times a day and is set to cost just (60 pence) per week.

However a delay in the release of Apple iOS 4.3,which would allow for recurring subscriptions in the App Store, could mean that the rumoured December 9th announcement is pushed back.

Apple's Steve Jobs has reportedly been very much involved in The Daily project, which will have its own editorial team, rather than aggregating content from current News Corp publications.

Rupert Murdoch has apparently spent $30m on the project, has employed a staff of between 100 and 150 people, and will need 800,000 subscribers to be economically viable.

The Daily will have competition from Richard Branson's Project magazine for the iPad, a business, culture and lifestyle publication, expected to be announced on November 30th.