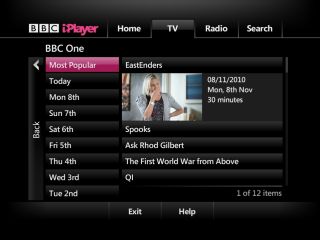 The BBC has announced plans to "re-shape" the iPlayer as a unified television offering – bringing together TV channels programme information as well as live and on-demand content, and will soon be offering 'selected' archive content.

In a raft of changes to the company's online services – which will see costs cut by £34 million – the BBC is looking to streamline its web offerings and shift the focus of its content.

One of those shifts will be around the iPlayer, with the BBC announcing that it would be one of five main product groupings in this brave new online world.

"The BBC iPlayer will be reshaped into a unified television offering, bringing together TV channels, programme information, and live and on-demand content," said the BBC.

"Selected archive content will be featured in TV & iPlayer and Radio & Music."

The statement also ruled out any move from the BBC to become an aggregator service for other television channels – although it will "link to other on-demand products".