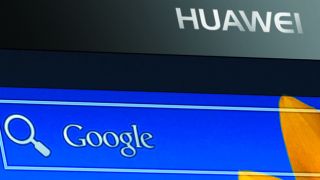 Google's executive chairman Eric Schmidt has hit out at state-funded cyber-crime in in China, calling the country the world's most 'prolific and sophisticated hacker' of foreign companies.

In a new book, out this spring, Schmidt labelled the nation a 'menace' and accused it of taking an immoral path of "digital corporate espionage" en route to greater prosperity.

China is "the world's most active and enthusiastic filterer of information" wrote Schmidt and co-author Jared Cohen, a former US State Department employee, who now runs the Google Ideas thinktank.

Just this week, both The New York Times and The Wall Street Journal claimed they had fallen victim to hacks from China, believed to be seeking information on the papers' coverage of the country.

In a review copy of The New Digital Age obtained by The Wall Street Journal, Schmidt and Cohen also warned of the dangers of state-backed Chinese tech companies spreading their influence in the West

"Where Huawei gains market share, the influence and reach of China grow as well," the book said.

The authors said this puts other nations at a disadvantage, because the likes of Apple, Microsoft and Google are not as ingrained with their government as their equivalents in China. He also called on Washington to align itself more closely with America's major tech companies.

Schmidt and Cohen wrote: "The disparity between American and Chinese firms and their tactics will put both the government and the companies of the United States as a distinct disadvantage.

"The United States will not take the same path of digital corporate espionage, as its laws are much stricter (and better enforced) and because illicit competition violates the American sense of fair play."

In a somewhat bolder prediction, the book also claims that the increasing presence of connected devices in the hands of citizens could result in serious civil unrest in China someday.

"This mix of active citizens armed with technological devices and tight government control is exceptionally volatile."

It may lead to "some kind of revolution in the coming decades," the authors wrote.

The New Digital Age is out in April.