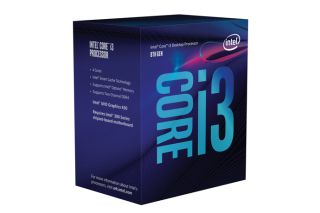 As you may already know having arrived at this website, PC gaming has been enjoying a sort of renaissance in recent years, spearheaded in part by component makers like Intel. However, the PC gaming scene is almost all about the high end – so, what about the entry level?

That’s why we’re looking at the Intel Core i3-8100 processor, a year-old, entry-grade desktop CPU that we anticipate will enjoy some seriously slashed prices this coming Black Friday and Cyber Monday.

The Core i3-8100 currently calls for $129 (£154) at most retailers at the time of writing, and as such is very much a beginners’ processor or one for relatively low-power applications. So, is this the processor for you to look out for this coming Black Friday?

As we’ve said, the Core i3-8100 is an entry-level processor in Intel’s 8th generation (Coffee Lake), which is the case for basically all Core i3 processors from Intel. As such, this is a quad-core processor without hyper-threading (i.e. cores handling two tasks at once) built on Intel’s well-established 14-nanometer process.

The processor is clocked at a 3.6GHz frequency – about standard for desktop processors – but, being an entry-grade processor, it does not support Intel’s Turbo Boost technology. This allows processors that support it to be boosted beyond their base clock speeds.

A plus is that the chip runs on Intel’s HD Graphics 630 subsystem, which is plenty robust for streaming movies up to 4K resolution and run casual PC games. The chip also supports plenty of the latest graphics standards, like OpenGL 4.5 and DirectX 12.

Finally, the Core i3-8100 supports up to 64GB of memory on the DDR4 standard at speeds up to 2,400MHz via two slots, and is rated at 65 watts of TDP – thermal design power, or how much of your PC power supply’s available wattage will be used.

Again, the Intel Core i3-8100 generally goes for $129 (£154), but so do processors from Intel’s biggest rival: AMD. Specifically, the Ryzen 3 2200G is much cheaper at $99 (£89) and offers arguably stronger graphics performance with AMD’s Vega graphics processing cores.

This processor is a tiny bit slower than the Intel chip at 3.5GHz, but can be boosted beyond Intel’s at 3.7GHz. However, this AMD processor is completely open for ad-hoc overclocking (pushing a processor past its listed frequency limit), if you’ve got the chops for it.

Finally, the chip is rated at the very same TDP as the Intel option, so your choice is basically boiled down to preference. AMD processors generally tend to be more open to tweaking but a bit more esoteric in the software that manages them, while Intel processors tend to be more locked down but are generally more plug-and-play in terms of installation and what tuning options are available.

For an entry-level processor, the Intel Core i3-8100 should serve you just fine, and can even be used in gaming PC applications when paired with a dedicated graphics card. Just don’t expect the best mileage in the few PC games that rely on CPU performance. If you want more from your processor for less, and are prepared to work for it, then go for the AMD option.