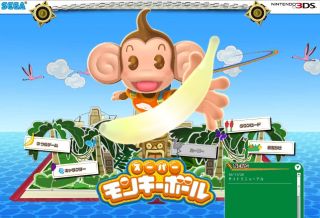 Nintendo's failure to offer strong games at launch is responsible for poor sales of the Nintendo 3DS handheld console, according to the company's US president.

The lack of major games was actually highlighted in Nintendo's financial reports as a reason behind the failure to sell more than 710,000 Nintendo 3DS consoles in the last quarter, and the always vocal Reggie Fils-Aime expanded on this in USA Today.

"We needed to have key franchises and stronger first-party titles," he said.

"Certainly, we needed to have stronger support at the launch from a first-party perspective and maybe have some of these key first-party titles earlier in the launch window in order to get the system selling stronger at the start and, ongoing, drive momentum."

The price of the 3Ds has now been slashed by Nintendo, as it tries to regain its early momentum and attract new buyers.

"We've seen very positive reaction to the digital offerings but it needed to be much sooner in the launch window, added Fils-Aime.

"It's a situation where we weren't able to sustain those first few strong positive weeks. This is a momentum business and when you don't have the momentum it creates a tough situation whether it's with retailers or with third-party publishers who become a bit more reluctant to support a platform."

From USA Today via CVG