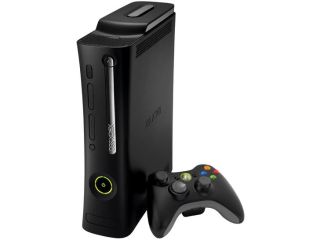 The Xbox 360 has fast become the best value console on the market, and there are some fantastic deals around for this next generation console.

With competition steep between the Xbox 360, PlayStation 3 and Wii, it's not difficult to grab some bargains on bundles, games and peripherals.

Pixmania is selling the Xbox 360 Elite with 120GB hard drive for an extremely reasonable £179, which cements its place as the best value next-gen console on the market.

At Game a bundle means you can can get significantly better value for money than a standalone console. It's bundling the Xbox 360 Elite with Mirror's Edge, FIFA 10 and the Wireless Entertainment Pack consisting of a controller, Lego Batman and Pure for just £199.

However, if there's one Xbox 360 bundle which catches our eye this Christmas, it's this Xbox Elite with Modern Warfare 2 and Forza Motorsport 3, two of the hottest titles at the moment. This £200 deal from Game comes with some of the finest games in terms of graphics and gameplay and shows why the Xbox 360 is such a dominant force. When you consider the £44.99 cost of MW2, you really can't argue with the price.

Shoot-'em-up fans looking for great gaming bundles could also consider the Xbox 360 Elite Halo edition, which comes with both Halo 3 and Halo 3: ODST. Not the best bargain out there at £229 at Pixmania but a good deal none the less.

Choose your own pack

Amazon has taken choice to a new level this Christmas, and they've introduced a mix and match service, with a range of peripherals and games to choose between. When buying the console for £189.99, you can choose two free games including Left for Dead 2, Forza Motorsport 3, FIFA 10, the Wireless Entertainment Pack, and a host of other games.

This beats PC World's competitive £179 bundle, which offers the Elite console with the Wireless Entertainment Pack who in turn have out-priced Play by £20.

Amazon is also offering top deals on the Xbox 360 Arcade, offering one free game from the same list with a £149 console, but with the added lure of a 120GB hard drive and an extra game for just £40 more, the Elite seems like a worthy upgrade.

If a free game doesn't lure you into buying the Xbox 360 Arcade, then perhaps £149 for the console with the Wireless Entertainment Pack at Curry's and PC World stores will. If you're looking for a low cost way into gaming this Christmas, this deal coupled with cut priced games will save you around £50.

If you're not looking for the biggest capacity on your Xbox 360 this Christmas then GameStation has a great value bundle for action-shooter lovers. The Gears of War pack gets you the 60GB console with Gears of War and Gears of War II for £189.99.

Alternatively, it's offering a special edition Call of Duty: Modern Warfare 2 Xbox 360 Elite console with extra controller and the game for £249.99. Not a fantastic deal when considering Game's bundle, but hardcore fans will love the customised console.

For those tempted by the Wireless Entertainment Pack it's worth noting the great deal over at Zavvi. The price of this pack is astounding, and is half the price advertised on Amazon. £23.95 gets you a wireless controller, as well as the addictive Lego Batman and Pure. Who said the recession was all bad?