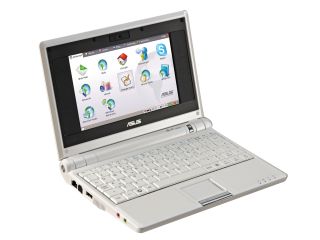 You were great, Eee, but now we want the E-DT

Asus has announced that it is to launch a family of Eee products that will include a second-generation Eee PC, according to a report in DigiTimes.

Say hello to the E-DT?

The E-DT desktop is expected to ship with a Celeron processor, but could be upgraded to a low-power Intel Diamondville core sometime after its launch in April or May. DigiTimes is reporting that the E-DT will cost about $200 (£100).

If that's not enough to get you excited, Asus is also planning to launch the E-Monitor, an all-in-one system sporting a 19- or 21-inch screen and a built-in TV tuner. It's set to debut in September for a reported price of $499 (£250).

Finally, Asus is also to release the E-TV. Aimed at the over 42-inch LCD TV market, details are otherwise slim. However, it's widely believed that the company will find a way to combine PC and HD TV functionality, while keeping its price down.