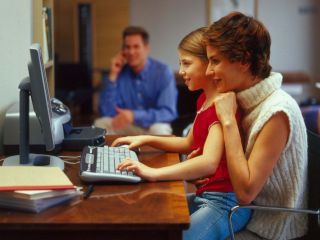 Customers need to be made aware of what will happen if they exceed their download limit, says uSwitch

Broadband providers could be banned from advertising broadband services which claim to offer unlimited downloads but actually have a fair usage policy.

"If these policies are to be classed as 'fair', broadband companies need to clearly define these limits and explain to customers what will happen when they are exceeded... This is an industry-wide issue and we have highlighted our concerns to both the ASA and Ofcom," said Steve Weller, head of communication services at uSwitch.

Weller claimed that over two thirds (71 per cent) of UK broadband customers believe they are on an unlimited service. This means that around nine million people risk extra charges from fair usage policies.

"Few companies actually define the term 'excessive', making it virtually impossible for a customer to know the exact point they will go over the limit," Weller said. New internet services such as TV over broadband involves large downloads, and Weller urged broadband users to be vigilant.

"Downloading TV via broadband is a very attractive and cost-effective form of entertainment. But downloading TV involves much larger files which will significantly push up broadband usage: a 45-minute TV programme such as Lost, for example, would use up around 350MB," he said.