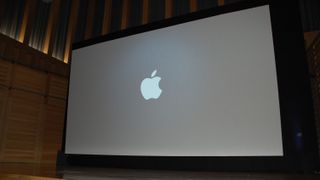 If you were hoping to attend WWDC this year, you're out of luck. Tickets sold out at 7:30 a.m. (PST)

Apple did West Coast developers no favors on Wednesday morning by announcing tickets to this year's Worldwide Developers Conference in San Francisco at 5:30 a.m. PST - only to sell out two hours later.

iOS and Mac developers were happy to hear that Apple finally committed to a date for its annual four-day Worldwide Developers Conference, to be held June 11-15 in San Francisco.

There's just one problem: A whole lot of developers won't have a ticket.

Sold out in 2 hours flat

Apple announced the dates and began selling tickets - at a cost of $1599 each - to registered developers on their website at 5:30am PST on Wednesday.

By 7:30 a.m. PST, the tickets were gone, despite Apple limiting sales to one per customer for individuals and five per business.

"Sorry, tickets are sold out," the WWDC 2012 web page now reads. But developers shouldn't despair - Apple promises to stream the more than 100 technical sessions free of charge when the conference wraps up on June 15.

"We have a great WWDC planned this year and can't wait to share the latest news about iOS and OS X Mountain Lion with developers," said Apple senior vice president of worldwide marketing Philip Schiller.

"The iOS platform has created an entirely new industry with fantastic opportunities for developers across the country and around the world."

That is, assuming you live in a time zone where one is awake early enough to buy them, of course.