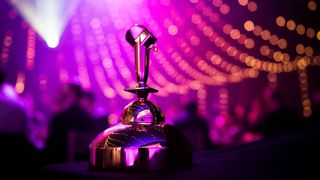 The 37th Golden Joystick Awards ceremony takes place today – but don't worry if you don’t have a ticket, as you can watch all the action live from the comfort of your own home (or sneakily from work).

Starting at 3:15pm GMT, the awards will feature a pre-show hosted by Alix Wilton Regan, featuring an exclusive "Making of Arise: A Simple Story" featurette – alongside a special ‘Year in Review’ created by Special Gun Productions starring leading journalists and industry guests. Not to mention a visit to CD Projekt Red, where we’ll get a never seen before look inside the studio behind Cyberpunk 2077.

The main awards start at 4pm GMT and will be hosted by comedian Danny Wallace. There are 19 categories this year, including Ultimate Game of the Year, Most Wanted Game and PlayStation, Xbox, PC and Nintendo Games of the Year.

Keep in mind, voting is now closed for the Golden Joystick Awards.