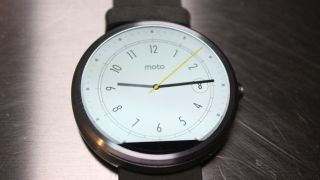 Motorola has announced a new version of Moto Maker that will let users customize the Moto 360 starting in March.

Moto Maker is the tool that lets users in some regions and on certain carriers customize the Moto X, and it will offer Moto 360 buyers a variety of options.

You'll pick your favorite configuration, seeing the watch's look update in real time - and once your custom 360 arrives you'll be able to freely exchange it for a different design if you don't like it after seeing it in person.

Motorola told Wired that it always planned to let users personalize the Moto 360, but that they launched without Moto Maker support so they could get it out earlier.

Although Moto Maker currently lets users tinker with only the Moto X and (soon) the Moto 360, the service will apparently become more and more important to Motorola going forward.

What that really means - more customization options, support for other Motorola smartwatches, etc. - is anyone's guess, but for now you'll have to be content with a few different options for your the Moto 360.